by kraaker ⋅ Leave a Comment
Jump to Recipe Print Recipe

Kathryn and her friend, Marty, prepare some favorite Irish dishes.

I love holiday cooking and so enjoy cooking with my friend and fellow chef, Marty Schultz. Join us and we prepare a meal for St. Patrick’s Day. 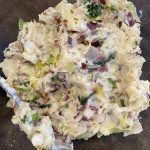 Colcannon Potatoes is an Irish peasant dish assembled from leftovers, It is traditionally served on St. Patrick's Day and Halloween but are also enjoyed throughout the year. The name Colcannon comes from the Gaelic word for white-headed cabbage, an essential ingredient in the tasty mash along with potatoes, cream, butter, and sautéed leeks or onions.
Servings: 8 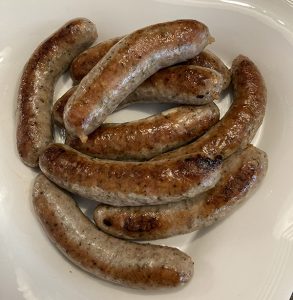 We served this with Sausages from our new sponsors Marina and John Backes of Circle B Ranch Pork to order go to: CircleB Ranch Pork.com and put in the code “Kathryn2021” and get 10% off of your order of $50 more.
Posted in: Irish

Be sure to check out our sponsors. Just click on their image and it will take you to their websites. Thank you!

For more recipes from The Chef You and I shows, search below by ingredient or recipe name.